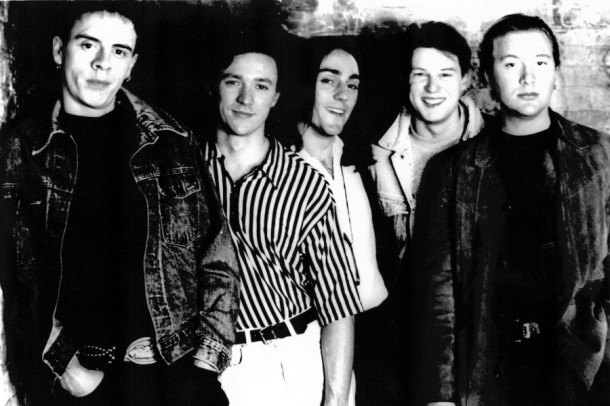 Anyone who has dipped their toe into the murky waters of the music business will know that often good management is every bit as important as exceptional talent. Whether we have the latter is perhaps not for us to say but the former is unfortunately not something with which we have been overly blessed. Tony Berry was not technically our manager but he was the music man at Cavell Records, with whom we signed in 1991. And as we had no manager, he filled the role. Now Tony really got Kev and he was probably the greatest fan Ouch! ever had. Unlike many managers, his heart was undoubtedly in the right place and he did have ample charm. But, sadly for Tony and for Ouch!, he had a whiny Mancunian delivery, which made everything he said sound like the irritating pleading of a spoilt 6 year old. And like most 6 year olds, when Tony got excited, he REALLY got excited!

Today he was excited. We were in the middle of a support tour with “Stars From The Commitments”. They weren’t necessarily the same stars the audience were expecting but, nonetheless, it was great experience for us. But things were about to get even better. We’d scored another support to follow immediately from the end of our current run. “Guess who!” said Tony. “Really big.” “Err, Oasis?” Darren asked hopefully. “Bigger”, said Tony. Now we were getting excited too. “Queen?” joked Jon. “Bigger”. What the hell’s bigger? “Pink Floyd” suggested Mark. “Bigger”. “C’mon Tony, tell us!” His whiny reached the soprano register as he exploded “You’re not going to believe this fellas, David Bloody Essex!”

7 years ago in Tours
Comments