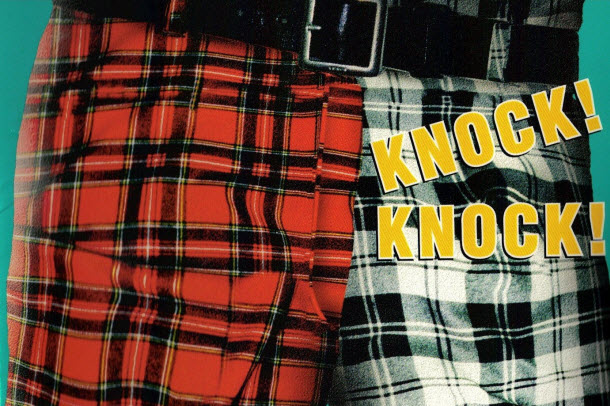 At the time of our second Japanese tour, Darren and Jim weren’t with us. So we travelled with a session keyboard player and lead guitarist, whom we shall call K and G. As hardened tourists, Kev, Jon and Mark were reasonably nonchalant about the trip but K and G were extremely excited and K, in particular, got really stuck into the beers during the outward flight. By the time the band arrived at the hotel, he was legless. As he was not required at the band’s first meeting with record company representatives, K retired to his room to sleep off his excesses. When he awoke, it was early evening and K, in need of a pep up, ordered some room service. He had noticed that the hotel provided massage in the rooms and shortly a middle aged lady arrived to do the honours. K was advised to strip to his boxers, which he did. The masseur gave what K described as a vigourous and stimulating pummelling to his back and asked him to turn over. As he did so, she was unable to stiffle a giggle at the obvious pleasure K was deriving from the experience. Her English was limited but she managed to explain to K that the reason for her mirth was that it was “so big” and that her husband had only a very small one. K said that she could, by all means, help herself. So she did!

Mission accomplished, the grateful lady tidied up and continued the massage without much conversation. K could hardly believe his luck and when she had finished, he felt she deserved a tip. As he had yet to get any currency, he looked around for something he could give her. Luckily, the band had each been treated to a slab of beers as a welcoming present, so he told the lady to take his and to enjoy a couple of cold ones with her husband that night. The last he saw of her was as she disappeared into the corridor with a spring in her step and 24 beers on her head. Everyone’s a winner!

8 years ago in Characters, Tours
Comments