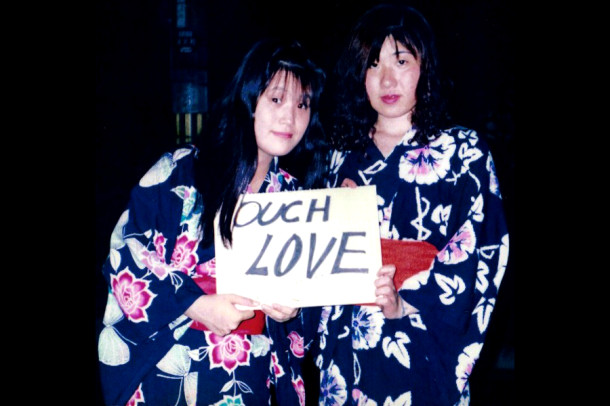 Looking back now, it’s easy to say that the nearest we got to being bona fide pop stars was on that first tour to Japan. They were two blissful weeks. A chance to consider the life of a successful pop musician and decide categorically “I could live with that!”

Despite having a record deal in the UK, we had earned very little and most of us were on social security. When we stepped off that plane in Japan, we stepped into another world. Girls outside the hotel, girls inside the hotel, free beers in the hotel rooms, entertainment laid on every night. We even got one night in a VIP enclosure in a Tokyo club. We were taken to a record shop, in which a whole corner seemed to be dedicated to Ouch! paraphernalia. People were asking for autographs. They’d made t-shirts with Ouch! on. There were even Ouch! dolls – a Kev, a Darren, a Jon, a Mark and a Jim. They looked nothing like us, but that’s not the point!

But the piece de resistance? There is not a shadow of doubt in my mind! Harumi and Hiromi recorded a cassette tape of them singing along to Ouch! tracks, karaoke style. They’d knocked up a cover, complete with photo of the Ouched-up couple in Kimonos. And the title? Ouch Love!

7 years ago in Tours
Comments