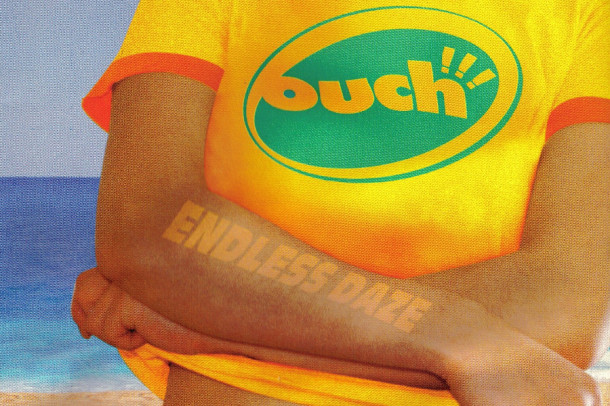 Tight As A Gnat’s Chuff

Clive Jenner is arguably the best instrumentalist who has ever played for Ouch! He’s certainly the most successful. Since he got his break with The Freestylers, he’s gone on to play with Lenny Kravitz, Groove Armada, Roots Manuva, Tom McCrae and The Proclaimmers. And, of course, Ouch! He’s also a great bloke. But he does have a reputation, well earned, for being, in his own words, “Tight As A Gnat’s Chuff”.

The last session Ouch! ever did was a mime and interview in 2001 with Kev, Jon, Clive and a good looking mate of Jon’s, Adam Leach, who was required to pretend to play lead guitar and do what good looking blokes do best, look good. The session was great fun and featured a very funny interview in which Clive was in very good form, posing as “the band accountant”. Anyone seeing the interview will remember Clive sporting a very fetching yellow t-shirt, which, like most of the clothes on display that day, was borrowed from Jon’s wardrobe. But unlike the other clothes, the aforementioned yellow t-shirt was never returned to the wardrobe as Clive regrettably “lost it.”

Whilst researching the authenticity of the phrase, I found this in the Urban Dictionary – marvellous:

“So there I was yeah, just pulled this crackin’ bird yeah, took her upstairs, took her mini off, and whoa! She was tighter than a gnat’s chuff!”

“Colin, please don’t talk like that at the dinnertable.”

8 years ago in Characters
Comments