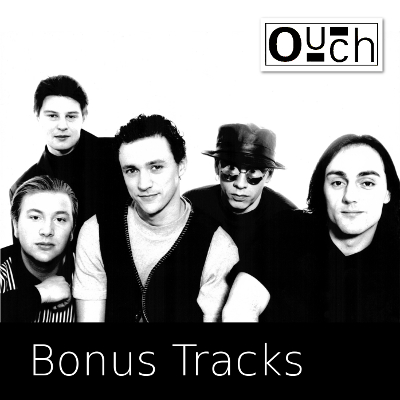 Bonus Tracks will feature forgotten tunes from the Ouch! Years – like It Could Have Been Me, a 1996 Japanese single release despite being hated by Kev, who could barely raise a smile in the accompanying video! This was included on the Japanese release of Knock! Knock! but not the UK version. It is an arrangement of Robinson by Japanese band Spitz.

There are extra tracks on ep releases, such as Learning How To Fly, from the Can’t Stop Looking At You ep (1994), written and sung by Darren. Also featured is Give Me A Sign, an extra track on the 1996 Endless Daze ep, released only in Japan.

We hope to add old demos, when we can find them, and perhaps even a few “shitters”, qualitatively-challenged tracks from across the years, largely Jon’s efforts! Some of them will be on cassette (remember them?) in someone’s bedroom. So keep an eye out! Others may have simply perished with Cavell’s demise but we will hunt them down and we will dump them right here! Any requests?